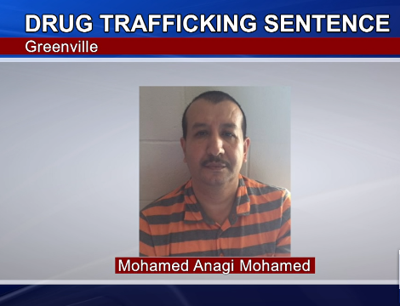 A Greenville store owner sentenced in a drug trafficking case.

Washington County Circuit Court Judge Ashley Hines sentenced Mohamed to serve 30 years. Of those years 20 will be suspended, leaving him with 10 years to serve and five years of post-release supervision.

Mohamed must also pay one thousand dollars to the crime victims compensation fund, in addition to court costs, assessments and an investigative cost.

A 2015 investigation involving several agencies found that Mohamed had been selling cathonine, also known as "khat," from his business and his home.

Mohamed was the owner of Hakim's mini mart.