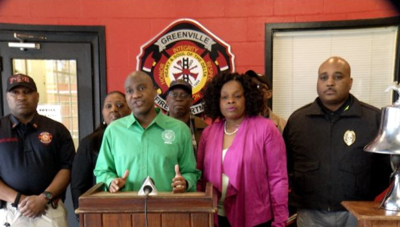 Mayor Simmons says, "First thing this morning, the city of Greenville, city council declared a local emergency and we declared that local emergency from the substantial damage from the residential, commercial, and we are assessing agriculture damage right now as we speak."

The city of Greenville continuing to pick up the pieces after a severe storm left damage and some in the community displaced.