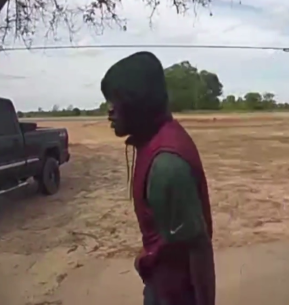 In Moorhead, an attempted burglary on Friday is the latest in a string of burglaries in the area.

On Friday, two suspects on a ring video are seen breaking into a residence located on 1974 Highway 82 East in Moorhead around 3 p.m. The home owners were out of town at the time and caught the video from their ring alarm app.

The two individuals attempted to steal the four wheeler sitting in the garage, but left when alarms started going off. They did get away with the keys to it and other vehicles on the property.

According to the Sunflower County Sheriff's Department, there have been multiple break ins with the same MO of breaking in during broad daylight. One of the persons of interest is believed to be a juvenile and officials are still working to identify the other individual.

And it's not the first time this residence has been burglarized. Back in February, home owner William Rokasky said burglars stole his son's AR-15 and a 9 millimeter gun. And his neighbor had his gun safe shot open and burglarized as well.

The suspects are believed to be getting dropped off by a black dodge charger.