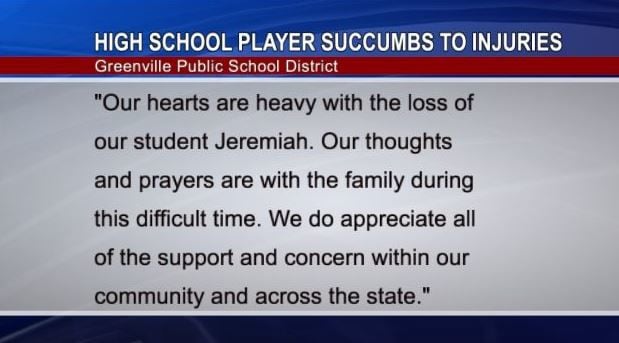 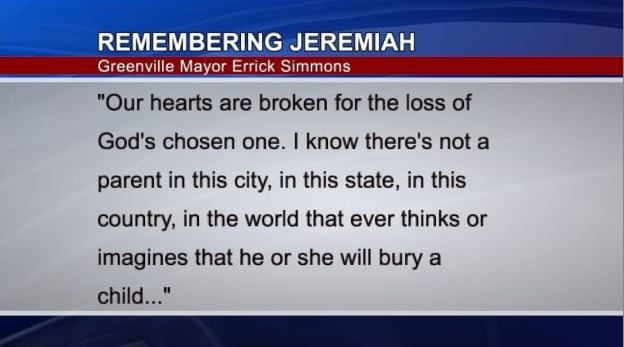 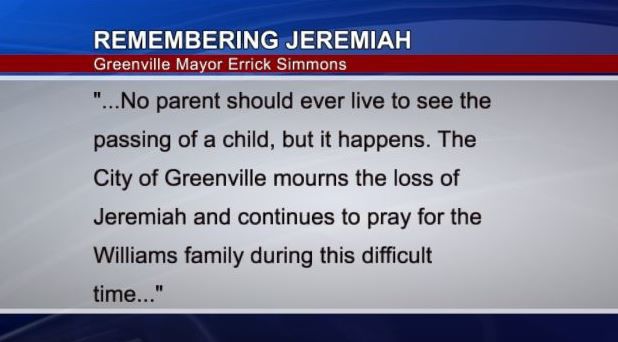 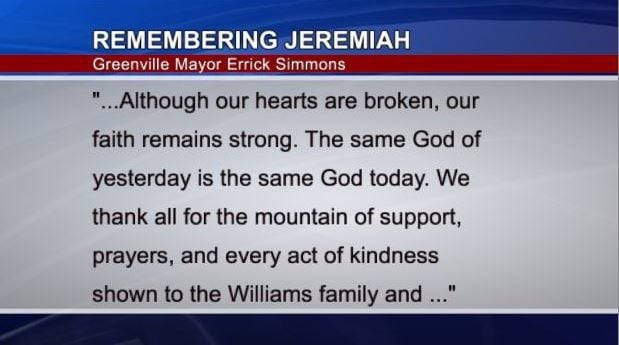 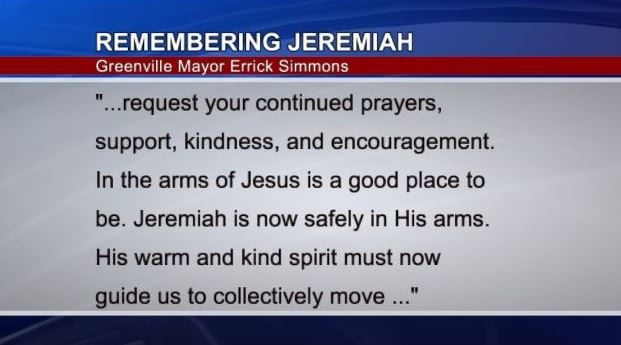 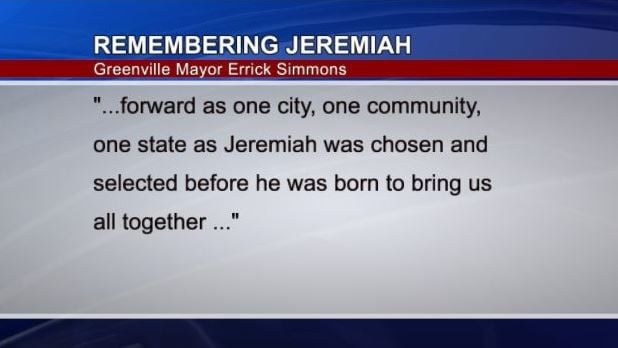 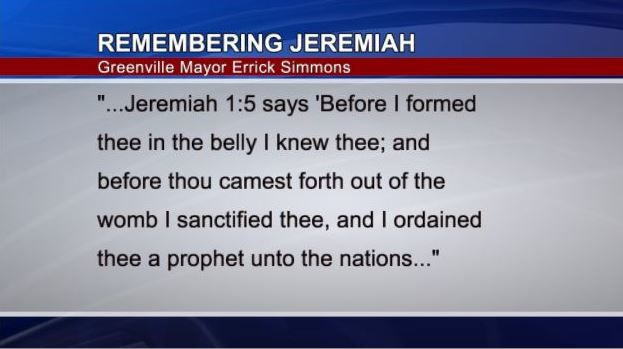 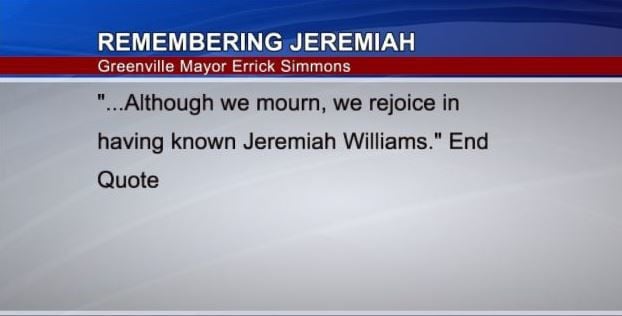 As the community mourns the loss of Greenville High School football player Jeremiah Williams, some in the community take time to publicly honor and remember Williams who passed away earlier today.

Williams suffered a C1, C4 vertebrae fracture in last week's football game against Madison Central. The injury occurred after a helmet to helmet hit between Williams and another player.

Williams was a junior at Greenville High School, described as having a happy, outgoing personality; he was expected to start basketball practice for GHS this week.